Iloilo The Most Noble City is a title that endures until today as the economically booming metropolis in Western Visayas once again gear-up for this year’s Charter Day event.

This year marks the 84th year commemoration of the Charter Day and second time under a period of long COVID. Expectedly, the event will maintain its low key feature and on a virtual plane.

This year’s August 25 holiday falls on a Wednesday.

Although subdued by the global health crisis, the Charter Day offered a reminiscence of the jovial event characterized by the smiles and joyful character of the Ilonggos who paraded along the city’s major streets in 1937.

The inauguration of Iloilo City was celebrated with a grand parade that started in front of the Iloilo Provincial Capitol (Casa Real) and which have ended in the newly-constructed Ayuntamiento (town hall) or what is now the Main Building of the University of the Philippines-Visayas in Iloilo City Campus[1].

The activities for the inauguration of Iloilo City were diana de las bandas de musica at 4 a.m., salvas de morteretes or the salvo of cannons at 12 noon and 5 p.m., parlor games and sports at the city hall grounds, serenade in front of city hall at 6 p.m., and fuegos artificiales or fireworks at 8 p.m. There were lechon served to those who came for these activities.[2]

The Iloilo City Charter Day was a whole day event and which signified, not only a historical milestone good for the books, but a beginning of another progressive episode on its economy and development.

Look back on Iloilo The Most Noble City

The perpetual title “La Muy Leal y Noble Ciudad” or The Most Loyal and Noble City is emblazoned in Iloilo City’s Coat of Arms – an honor bestowed during the Philippine Revolution back in the Spanish Era by the Queen Regent Maria Cristina of Spain.

Iloilo The Most Noble City declaration precedes the 1937 Charter Day by 39 years and it remained integrated in the city’s coat of arms symbolizing its heraldic bearing and affinity to Spain 123 years after the end of the Spanish colonization.

The Spaniards established its first settlement Iloilo around 1566 or 332 years ahead of Queen Maria Cristina’s special royal decree declaring Iloilo The Most Noble City. The decree was issued in March 10, 1898 following the outpouring support of the Ilonggo elite and the Church to Spain in spite the uprising by Filipinos against Spain.

Iloilo City as a center of the province

Iloilo The Most Noble City and as the center of the province, however, is not merely 84 years old.

The city is considered as the “capital of the province since 1688, and the most progressive center of Western Visayas Region since the middle of the nineteenth century,” said Augustinian priest and historian Policarpo F. Hernandez in his book – ‘Iloilo, the Most Noble City: History and Development 1566-1898’.

“Although little data is available to help point out Iloilo’s growth before the 1840’s, the opening of the port to foreign trade in 1855 through a Royal Order,” noted Hernandez, “begun the development of Iloilo” and it kicked-off the economic, social, and cultural life of the city.

Today, Iloilo City is inhabited by 457,626 people based from the 2020 Census of Population. The city has dramatically improved with Ilonggos showing care for each other in times of need as manifested by strong community ties, private-public collaboration, and individual efforts during the pandemic lockdown. The Ilonggos near and abroad strongly exhibited collective care to protect each other against COVID-19 virus and to preserve the lives of the vulnerable through relief goods, food, medicines and other essential support.

The 84th Charter Day also highlighted the natural affinity of the Ilonggos to its environment. Biking and health activity along the Iloilo River Esplanade were among simple joys of the Ilonggos while observing health protocols. The improved care for the environment by the Ilonggos has enhanced its over-all well-being and it created a conducive atmosphere for a healthy mental state.

These positive disposition of the Ilonggos are not new. The book by Hernandez have chronicled the observations and testimonies of some prominent dignitaries, Spanish officials, Augustinian priests, and visitors who has traveled to the province and city during those period. It speaks a lot about the Ilonggos then and it serves as a backward link that explains the good in every Ilonggo.

Let’s revisit what our ‘old friends’ have said about the culture, trade and commerce, and education. Most importantly, about our city, and us – Ilonggos.

Iloilo has a progressive agriculture and manufacturing sector

John Bowring, who was a British Consul in Hong Kong observed that “the province was not only one of the most densely populated,” when he visited Iloilo in the middle of the 19th century, it was also, “perhaps, the most productive in agriculture, the most active in manufacturing industry, and among the best instructed in the Philippines.”

Bowring also highlighted in his writings that Jaro was “deemed as the most opulent place in the Island of Panay” during his December 1858 visit.

Today, Iloilo may have retained its low key character but its economy is undeniably among the most progressive in the Philippines. 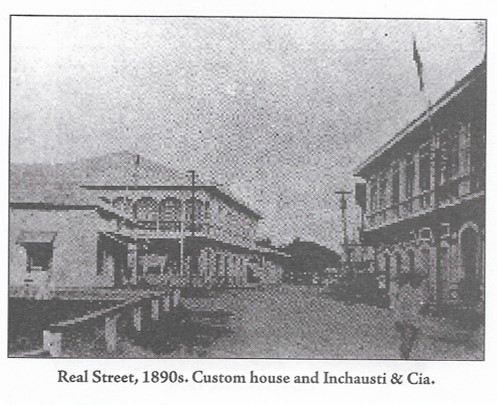 Iloilo has a thriving textile industry

Nicolas Loney, who was an English vice-consul in Iloilo, took great interest of Iloilo’s thriving textile industry. “The textile production of Iloilo may be said to have reached a remarkable degree of development. Nothing strikes the attention at the weekly fairs held at different towns more than the attendance of native-made goods offered for sale; and the number of looms,” said Loney in an April 1857 report.

French scholar Jean Mallat, on the other hand, has also described the weaving industry, particularly the famous sinamay and piña. These cloths, according to Mallat, is admired by everybody because of its unusual beauty and with a very varied and brilliant combination of design and colors.

Mallat has found 10 different mixtures of silk, cotton, pineapple, and hemp fibers woven in Iloilo province among the 50 varieties of cloths known in the Philippines during that period.

Today, the indigenous fabric of Iloilo has taken the limelight as one of the most sought after and expensive clothing material.

Iloilo is a prosperous town with a beautiful surroundings

A traveler from Manila described “Iloilo as a prosperous town which, in the near future, would become one of the leading cities in the Islands,” highlighted by Hernandez from the insight of the traveler in late 1870. 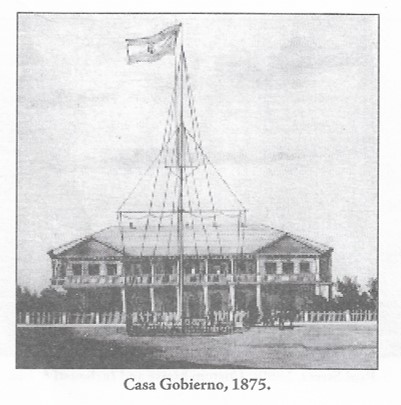 The traveler was perhaps correct, Iloilo City has become one of the most prosperous and progressive city in Panay Island and in the Visayas region.

Iloilo is the Bike Capital of the Philippines: Iloilo Bike Festival to level up Iloilo as PHs bike capital

The traveler noticed the construction of buildings and the continuing profitable business of renowned cloths and the beginning of the sugar bonanza and that Iloilo at the time had beautiful plaza with gardens. The traveler was referring to Plaza Libertad (then named Plaza de Alfonzo XII), and described it as an important place for recreation worthy of a city.

Every Thursday, the Banda Municipal played to entertain people after it was inaugurated in August 13, 1896, wrote Bernardita Reyes Churchill in the book’s foreword.

Today, the plazas across the city has served as an important converging points for leisure and recreational activities. Almost all of the plazas will undergo rehabilitation work and perhaps preserve its purpose and glory.

Ilonggos are beautiful, hard-working, educated, and a peace-loving people

Iloilo did not only have a well-developed economy; it has a beautiful, educated and peace-loving people. “The Ilonggo women,” observed Antonio Pigafetta, “were very beautiful and almost as white and tall as the European.”

The book also shared that the Ilonggo people were peace-loving. The men were dedicated to farming and fishing while the women work on weaving.

The Ilonggos were also among the most educated and it had some of the best instructed population in the Philippines, even before the public school system was established in 1863. “It is difficult to find a single boy or girl who does not know how to read and write,” wrote Augustinian Fr. Hilarion Diez in 1822. Diez later became a bishop of Manila.

Also an interesting book: It has to be ILOILO!

Today, Iloilo City is recognized as the center of education with numerous educational institutions who had established campuses across the metropolis and with more coming over in the days ahead.

But what really lures travelers to Iloilo is its people. The Ilonggo people prides itself as among the most resilient and affectionate even in the midst of a crisis situation.

What our old friends have said in the book as chronicled by Augustinian priest Policarpo F. Hernandez still holds true in spite of the numerous crises that has come our way. The Coronavirus pandemic is not an exception and the Ilonggos will surmount it by moving forward – #PadayonKita. 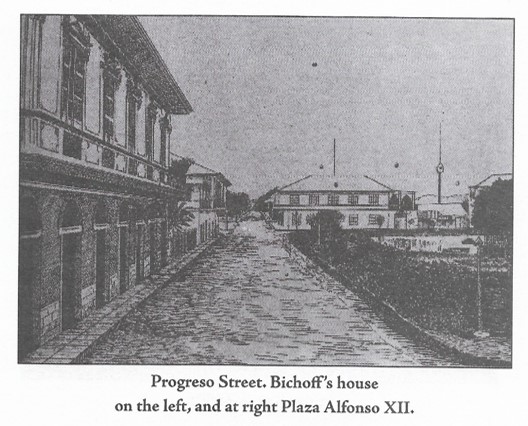 *Iloilo, the Most Noble City: History and Development 1566-1898, Policarpo F. Hernandez. – Quezon City: New Day, c2006. 1v.
**Photos used were from the book.
***Also published at www.ibsdigital.net – August 12, 2020.
****Photos with watermark used for this article is with the permission from the photographer Randy Javier Fadrigo/DClicks Photography.